You never know how far your stories will travel.

More than half my life ago, when I was in high school, I wrote a short story titled “Red” about a girl named Grace spilling a bottle of red nail polish… and all the memories and emotions that came spilling out of her. This story was included in my self-published short story collection 3 a.m. and was later published as a stand-alone in Diverse Voices Quarterly literary magazine.

I just received a lovely DM from a teenager who lives in Germany and read my story as part of her English language workbook in school. I had NO IDEA my story was included in this workbook and I am stunned… I can’t begin to imagine how my little story written and published 15+ years ago ended up in classrooms across the globe! 🌎

Just goes to show that once you get those words inside of you down on paper and let them out into the world, you never know how far they will travel and how many readers they will reach, even months and years and decades later!

I wanted to share the story with you now — a little blast from my past, in case you are interested in reading it. Hope you enjoy!

Grace knocked the nail polish off her bedside table and onto the carpet and that was The End. She crouched there, as if paralyzed, watching the Maybelline “Vixen Red” soak into the white Berber, the teardrop-shaped stain slowly expanding, like blood seeping into a Band-Aid.

Grace sat there, rocking on her heels, watching and waiting. For what, she didn’t exactly know. When the teardrop stopped growing, she got up and went to the kitchen to get some paper towels.

The rain spattered softly against the car windows. Grace watched the windshield wipers dance, back and forth, forth and back, like her piano teacher’s metronome. She sat with her knees hugged up against her chin, trying to minimize the contact of her skin with the cold vinyl. “Mom,” she said. “It’s raining cats and frogs.”

“You mean cats and dogs,” her mother corrected, never taking her eyes off the road.

It was still raining “cats and frogs” when they arrived at the park. Grace stared out the car window and imagined they were inside a giant aquarium, except filled with birds instead of fish.

Her mother turned around and smiled at Grace in the backseat. “What a perfect day,” she said, “to fly a kite!” Grace could tell she wasn’t joking. Her mother never joked about important matters.

Part of Grace wanted to stay in the car, but the other part of her won out. She pulled the strings on her sweatshirt hood so tight that her face was scrunched and there was only a keyhole of an opening where the rain could get in. Then she tied the strings in a bow—double-knotted, the way Grampa had taught her so it wouldn’t come undone.

Grace tightly held her mother’s hand as they trudged together up the rain-slickened hill that overlooked the playground. She had never been to the park in the rain. It was deserted. Like a magic kingdom that belonged only to Grace and her mother. Just the two of them, and of course some fish disguised as birds. “We’ve always got each other, hon,” her mom said whenever Grace asked about her daddy. “Us girls gotta stick together. Just you and me, that’s all we need.”

That’s all we need. Just you and me. Grace squeezed her mother’s hand.

They were at the top of the hill now, and Grace peeked out her keyhole through the drizzle at the slide and the swing set, then at the picnic tables and the scattered trees, and finally at their little blue car parked alongside the curb. Her mother stood a few feet away, face turned skyward, eyes squinting against the driving BBs of water, hair streaming long and wet down her back. Grace’s clothes had grown heavy and cumbersome. All the tiny raindrops had banded together. It reminded Grace of one of her Grampa’s favorite sayings. “Take little steps, baby steps,” he told Grace whenever she was on the brink of giving up. “Baby steps have a way of adding up to a lot of big steps.”

So do raindrops, Grace thought now, wriggling inside her soggy Hello Kitty sweatshirt. Little raindrops have a way of adding up to big buckets. She wanted to take off her sweatshirt but couldn’t get Grampa’s double-knotted bow undone. Water ran off the tip of her nose, and she stuck out her tongue and caught a drop. She was surprised at how warm it tasted.

Grace’s mother held the kite with hopeful, outstretched hands. She peered up into the leaden sky as if challenging it, or maybe begging. The kite was small and diamond-shaped and painted with rainbows, which Grace’s mother said was “highly ironic.” Grace smiled appreciatively even though she didn’t know what “ironic” meant. She knew this, though: she loved kites and she loved rainbows. And, above all, she loved her mother.

The kite had a hard time getting airborne. “Mom, maybe we should go,” Grace said, holding the end of the kite string and shivering slightly, but her mother didn’t hear. Grace’s mother continued to squint into the drizzle, determined and desperate, holding the kite above her head, quietly beseeching the wind to take the tiny red diamond in its arms and raise it high. Grace knew you shouldn’t fly kites in the rain. Her mother knew this too, and yet there she stood, trying anyway. Just you and me, hon. Years later, this was what Grace most vividly remembered when she thought of her mother: eyes squinted towards the heavens, a double-knot bow that just wouldn’t come undone, and a tiny rainbow struggling against the rain to fly.

The chemotherapy started the very next week.

The second time, Grace went with her mother into The Little White Room with the hospital smell and space-age machinery. It reminded Grace of the aliens she had seen once, when her Uncle Bill let her stay up late and watch a movie with the Big Kids. Grace was scared of The Little White Room, but she went in anyway. She sat beside the bed and watched the medicine drip…drip…drip out of the IV bag, down a clear tube, and into her mother’s arm, slowly trickling inside her, becoming a part of her, like blood or bone.

Drip… drip… drip… It reminded Grace of the rain dripping off the eucalyptus trees at the park, the day she and her mother flew the rainbow kite. Grace remembered the way her mother shrieked with excitement when the wind finally swept the kite up into its arms. Grace’s heart leapt with the thrill of the kite tugging on the string. She forgot about her soggy sweatshirt and stubborn double-knot bow. She and her mother stood side-by-side, just you and me, hon, watching the rainbow dance in the gray misty rain.

“That’s nice, honey.” But Grace could tell her mother wasn’t really listening. She didn’t watch the drip… drip… drip. Instead, she looked at Grace and asked her questions about kindergarten and play dates and Grandma and Grampa. She sounded tired.

As the treatments continued, Grace sometimes brought along pictures she drew in art class. This always made her mother smile, except for the picture of the red kite and the rain. That one made her mother cry.

One day when Grace came to The Little White Room, she brought a bottle of her mother’s nail polish, and they painted each other’s toenails. Grace was careful as could be, but she still got polish on the skin around her mother’s nails. She wasn’t very good at coloring inside the lines, but her mother said that was okay. The nail polish was red, deep red, “Vixen Red.” It was her mother’s favorite color. She said it made her feel alive. You couldn’t be dying if you had bright red toenails. It just didn’t fit the picture.

Grace believed her. We’ve always got each other, hon. Just you and me. She coated her mother’s toenails with thick layers of red, as if somehow chip-free nails could create miracles.

And then her mother died, and Grace’s eyes were Vixen Red for weeks, and she didn’t believe in miracles anymore.

Grace kept the $3.49 bottle of Vixen Red polish in her bureau drawer, buried underneath her underwear, where nobody would find it. She kept some of her mother’s other things—a lock of auburn hair, a lavender silk scarf, a book of Walt Whitman poems—in the drawer of her bedside table. But the nail polish was Grace’s treasure. Sometimes she would slip it out and painstakingly paint a single fingernail red with the same tiny brush that had traced her mother’s nails nearly a decade ago. Now she stayed inside the lines, carefully painting only one coat, using as little polish as possible, because this was a special red, her mother’s red, and she couldn’t go out and buy more when she ran out. She doubted they even made Vixen Red anymore.

Grace would sit there on her bedroom floor, sneaking glances at the splash of vibrant color alive against the white of her skin, stroking the single red nail with her thumb, strangely comforted yet upset with herself at the same time.

Now. Grace watched the pool of red soak through the layers of paper towels. The tiny bottle, nearly empty, was propped upright on the bedside table.

She looked out the window. It was raining “cats and frogs.” Tears spilled from her eyes and drip… drip… dripped down her cheeks, but Grace felt a smile cracking her face. She crawled across the floor and rummaged around in the back of her closet.

Grace sat there for a moment, looking at it, running her hand across the light plastic surface. With Vixen Red-stained fingers, she carefully wiped off a thin film of dust. Baby steps, she thought, taking a deep breath. Baby steps.

She slipped out the front door and into the rain, hugging the faded rainbow tightly to her chest. Baby steps. Baby steps. Grace opened her mouth wide and caught a water droplet on her tongue.

What a perfect day, she thought, smiling as she squinted into the falling raindrops, to fly a kite. 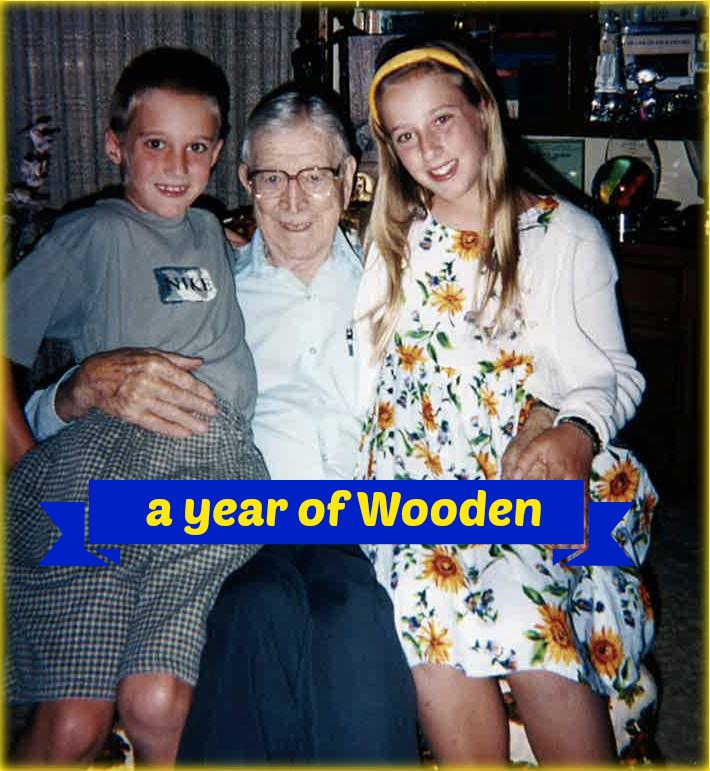 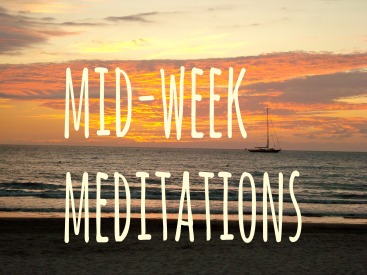